The argument is scheduled for October 12, 2022. The briefs of the parties and friends of the Court can be found on the docket.

Fair use is the most significant limitation on a creator's copyright. It is the privilege to use the creative work of another in a limited way without asking permission. Knowing when a use is fair, or not, is a particular challenge in copyright law and in a creative's practice. It would be nice to have clear fair use guidelines that allow creators avoid infringing the work of others or wrongly accusing another of infringement.

The recent decision rejecting the Andy Warhol Foundation's use of photographer Lynn Goldsmith's work offers the creative community some traction to get out of the muddy quagmire of earlier court rulings. In the wake of this decision with its slightly clearer fair use guidelines, the rights of original creators will be strengthened and the fair use defense narrowed.

Much like the Pirate Code in Pirates of the Caribbean, there's no bright line when it comes to fair use. There’s no mathematical formula that you can apply to determine when a particular use is fair under the copyright law. You can’t say, “Well, I used less than 20% of the work, so that was fair” or “I only took three minutes of that video, so that was fair.”

In a case that went up to the Supreme Court involving former President Gerald Ford’s unpublished memoirs, the Court decided that when a magazine published only 300 words from a book-length memoir having to do with Nixon’s pardon, it was not fair use. 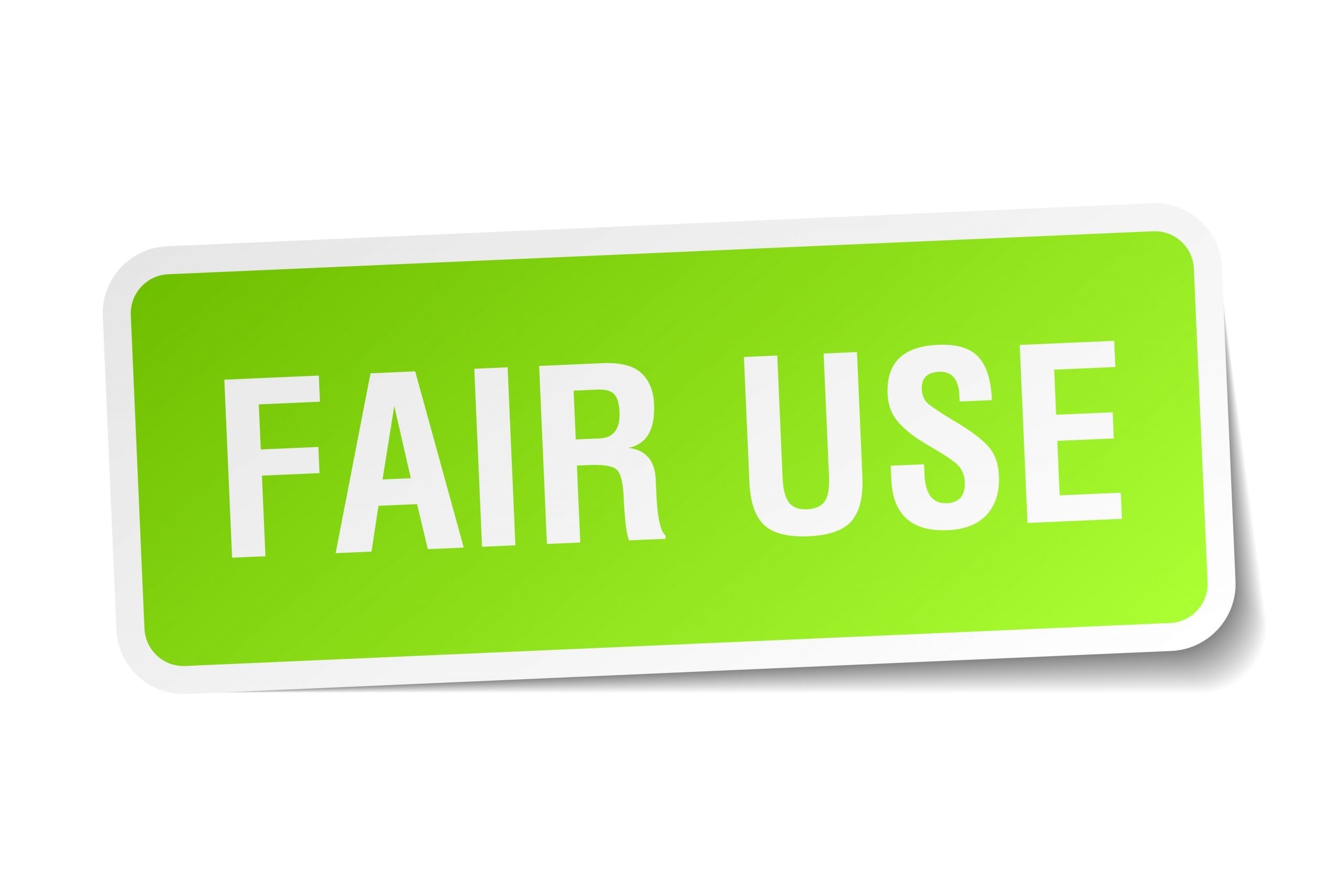 There are simply no hard and fast rules. Every case or instance has to be handled individually. Sometimes it just gets down to which judge is assigned to your case in which federal circuit. Because of that, there are countless court decisions applying the fair use provisions of the U.S. Code resulting in conflicting outcomes. The wild variety of decisions can be explored using the Fair Use Index managed by the Copyright Office.

There's Nothing New Under the Sun

The concept of fair use existed before it was included in the U.S. Copyright Statute. Judges embraced the idea that there really is nothing new under the sun; that all literature, art, and science, must borrow from what came before.  Eventually, fair use was written into the statute. Here's how Congress accommodated fair use in 1976:

Notwithstanding the [the exclusive rights reserved to copyright owners], the fair use of a copyrighted work, including such use by reproduction in copies or phonorecords or by any other means specified by that section, for purposes such as criticism, comment, news reporting, teaching (including multiple copies for classroom use), scholarship, or research, is not an infringement of copyright. In determining whether the use made of a work in any particular case is a fair use the factors to be considered shall include—

(1) the purpose and character of the use, including whether such use is of a commercial nature or is for nonprofit educational purposes;

(2) the nature of the copyrighted work;

(3) the amount and substantiality of the portion used in relation to the copyrighted work as a whole; and

(4) the effect of the use upon the potential market for or value of the copyrighted work.

The Benchmark of Fair Use: Transformation

For the past 25 or more years, the first factor, the purpose and character of the use, has been the most important factor to consider in the fair use analysis. This is because of a Supreme Court decision that said, "[The test is to see whether the new work is just a substitute for the original work or] “instead adds something new, with a further purpose or different character, altering the first with new expression, meaning, or message; it asks, in other words, whether and to what extent the new work is "transformative."” That quote is from the 1994 Supreme Court case titled Campbell v. Acuff–Rose Music, Inc.

With that, transformation became the litmus test for fair use.

But it is not a particularly useful test. In fact, attempting to find transformative use involves outright circular reasoning. Here's why:

One of the exclusive rights that belongs to an owner of copyright is the right to make derivatives of their work.  A “derivative work” is  defined as "a work based upon one or more preexisting works, such as a translation, musical arrangement, dramatization, fictionalization, motion picture version, sound recording, art reproduction, abridgment, condensation, or any other form in which a work may be recast, transformed, or adapted."

So, who has the right to transform the work?

It's enough to make you scream in your pillow.

In the following years, appropriation artists like Jeff Koons and Richard Prince pushed the bounds of the transformative use test seemingly beyond all recall.

In 2013, in Cariou v. Prince, the Second Circuit Court of Appeals found that Richard Prince made fair use of the work of Patrick Cariou. The case involved 30 works by Prince that incorporated images by photographer Patrick Cariou.

When asked about his use of Cariou's photographs, Prince said that he doesn't really have a message and that he was not trying to create anything with a new meaning. The court decided that the artist's intent wasn't important. What's important is how the viewer perceives the new work, whether the viewer imports a new meaning or message.

The court went on to act as the "viewer," did its own side-by-side comparison, and decided that 25 of Prince's works had a different character, added new expression, employed new "communicative results,"  and a fundamentally different aesthetic. This, despite the fact that Prince himself said he had no particular message to convey.

Fair use of the Cariou's work (left) made in Prince's work (right).

The collage-like work above "has not presented the same material as Cariou in a different manner, but instead has added something new and presented images with a fundamentally different aesthetic," according to the court.

Prince's work depicted in the comparison below isn't sufficiently different to support transformative fair use, according to the court. The work is different from, but still similar in key aesthetic ways. 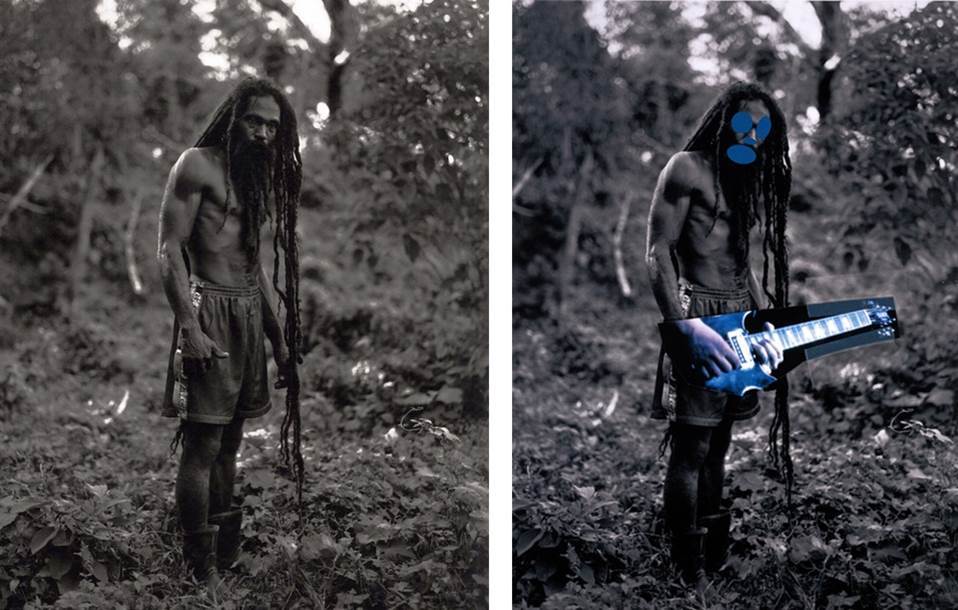 The fair use defense expanded as a result of this decision. Greater emphasis is placed on the first factor than on the other three factors, but what the fair use guidelines are and how they are to be applied remained clear as mud.

At least one court criticized the decision saying, "The fair use privilege . . . is not designed to protect lazy appropriators." Other courts followed the lead set by the decision in Cariou v. Prince which further broadened the fair use defense and eroded the rights of the original artists.

Fair Use Guidelines Continue to Evolve

In March 2021 in Andy Warhol Foundation v. Goldsmith, the Second Circuit revisited the fair use guidelines they set out in Cariou and seem to rein themselves back in when looking at the work of two different artists. Warhol created a series of silkscreen prints and pencil illustrations based on a 1981 photograph of the musical artist Prince (another Prince makes a mark in the fair use discussion) taken by Lynn Goldsmith.

The court decided that Warhol did not make fair use of Goldsmith's image because it is nothing more than the imposition of Warhol's style on Goldsmith's work. The purpose and function of the works is the same -- they are portraits of the same person. Warhol's work is closer to presenting Goldsmith's work in a different form than it is transformative of it.

The court went on to say that the fact that Warhol's work is immediately recognizable does not make it transformation. They rejected the celebrity-plagiarist privilege. 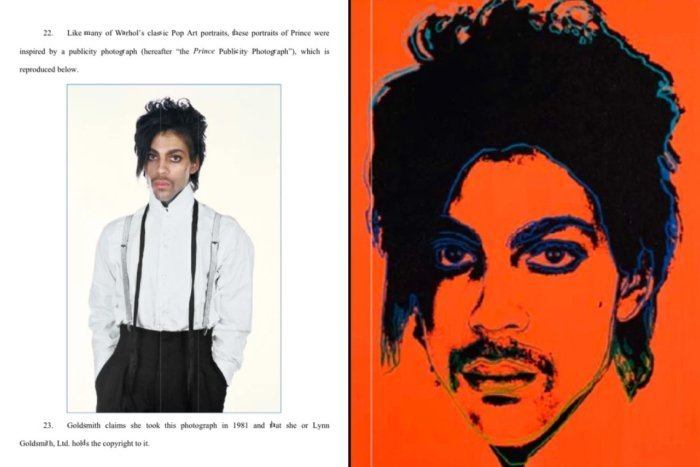 The court recognized the problems with what they did in Cariou. They acknowledged that an overly liberal standard of transformativeness risks crowding out protection for derivative work.

Wrapping Up: My Thoughts

When using the creative work of another without a license, it is good practice to have a solid reason why the work is being used. Even though the Second Circuit seems to pay little heed to the artist's intent, an artist needs to be able to articulate why the underlying work is needed, why there is something new, with a further purpose or different character, and how the new work alters the first with new expression, meaning, or message. It's not just a different style and it's much more than a change in form.

If the underlying work inspired the new, secondary work, what is that inspiration?

Are Fictional Characters Protected Under Copyright Law?
How to Use Song Lyrics in Your Fiction [INFOGRAPHIC]
Copyright Small Claims: How the CASE Act Works
How to Sell Your Work to Hollywood