The battle against international piracy and the struggle by writers, artists and content creators to earn a fair living from their work are not new problems. They did not arrive with the digital revolution, the rise of the internet or the ease of right-click, copy and paste.

Piracy of creative work could probably be traced back to the advent of the written word if not the dawn of language itself. During the life of Charles Dickens, the controversy over piracy was slapping hard at the American shores. Dickens’s work was not protected by American copyright laws and was ruthlessly plundered by American publishers.

Within two weeks of the publication of A Christmas Carol, volumes reportedly were selling on the streets of New York for pennies. Dickens’s objection to the loss of income as a result of America’s disrespect for his ownership rights was loud and bold.

Dickens maintained that the monetary damage to English authors was significantly greater than that of the Americans. Dickens may have thought the work of more reknowned English writers was superior to the Americans’ work.

But the fact is that the American market was enormous and the income to be earned by book sales at a fair market price in the US dwarfed the potential in England purely by virtue of the size of the ever growing audience in the States.

With a treasure trove of English literature free for the taking, American publishers simply didn’t pay authors, especially unknown American authors, for their work. Without a day job, writers would starve (think Edgar Allen Poe) or go bankrupt (think Sir Walter Scott). The lack of an international copyright enforcement scheme undermined the ability of writers on either side of the pond to earn a living.

Dickens Offends the Fan Base

When Charles Dickens made his first trip to to America in 1842, he was welcomed like a rock star. The cheap, pirated copies of his early works like The Pickwick Papers and Oliver Twist had spread quickly through the reading public and served to build an American tribe who adored him.

Dinners and parties were held in his honor. He was received warmly by many of America’s greatest literary dignitaries of the time including Longfellow, Daniel Webster, Washington Irving and Oliver Wendell Holmes.

Instead of graciously accepting the adulation of the public, Dickens used his celebrity to excoriate American publishers for oppressing the creative class (and himself in particular) by stealing their work. He argued for the American adoption of international copyright law to protect foreign writers in the US and American writers abroad.

Dickens’s view on the subject was not well received.

The publishing industry in America at the time operated like a great vanity press. Writers such as Herman Melville, Ralph Waldo Emerson, and Longfellow often had to pay publishers in advance to have their books published.

The prevailing view among publishers was that an author’s concern for income cheapened his art; that once a book was written, it belonged to the public, not the author. When a copyright bill was proposed in Congress in 1837, the lobby against it was made up of papermakers, type founders, printers, and binders. America was reeling from a banking crisis and recession. An American copyright law would mean that jobs would be lost.

What matters a few starving writers against such a calamity?

Dickens’s advocacy of copyright law was punished by the American Press as an attempt to upend the publishing industry and attack their profit center — royalty-free content. They set out to ruin his reputation. Surprisingly, even Walt Whitman jumped on the anti-copyright, Dickens-is-an-evil-agent-of-the-British crusade.

Dickens ended his first visit to America surprised and dismayed at how the popular tide had turned against him.

When he returned in 1867, he had mastered a way to generate alternative income streams based on his celebrity status. He performed readings of his work to packed houses and collected the receipts from the door. He also gave the exclusive rights to his next novel The Mystery of Edwin Drood to the American publishing house that sponsored his reading tour. He was ultimately unable to take advantage of that deal. Dickens died in 1870 before he finished the book.

The first reciprocal international copyright protections were granted in the United States in 1891. They were precipitated by the Berne Convention in 1886 which was signed by a core group of countries who agreed to treat the rights of authors from other signatory countries as well as they did their own. (The US did not become a signatory to the Berne Convention until 1988, more than a hundred years later.)

By 1891, Mr. Dickens had left us. He had, however, given us the ghost of copyright future. 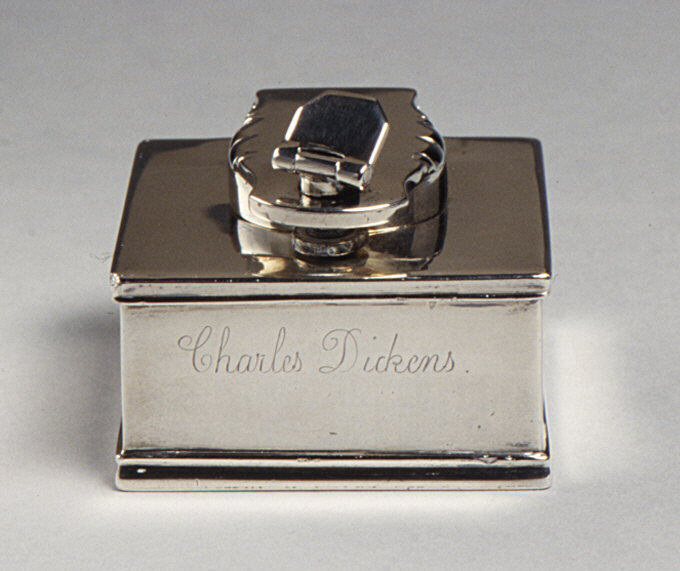