How to Hire an Audiobook Narrator | Creative Law Center

How to Hire an Audiobook Narrator

A good audiobook narrator is a valuable commodity. The audiobook market is trending steadily upward while the ebook market isn't growing as quickly. The audiobook industry saw a 22.7% increase in revenue in 2017 and was on track for an increase of over 36% in 2018. Along with revenue growth, there's audience growth, foreign market growth, and expansion into children's publishing -- the numbers don't lie.

Audiobooks are the next logical step for authors to create another revenue stream from their work. Professional narrators help make that step a success.

The Rights of an Audiobook Narrator

An audiobook is a sound recording that comes with two sets of rights. Those rights are different from the author's rights in the underlying book. The owners of the copyrights in a sound recording are the performers and the producers. A common practice is for an audiobook narrator to produce their own work. So, they own both sets of rights in the finished product. If you choose to narrate your own audiobooks, these rights belong to you.

When you explore your options for selling audiobooks, you have the option of working with commercial platforms like Audible and Findaway.  Those services are designed to ease an author's passage into the world of audiobook publishing. When you sign up with one of those platforms, they provide contract language that secures all rights to the author. In exchange, you give up as much as 60% of the royalties.

In 300 BCE, Aristotle wrote that every play must have three parts -- a beginning, a middle, and an end. Shakespeare used the expanded concept of five acts nearly two thousand years later. By following a common structure, a playwright increases the chance that their play will be successful because it is in a format that is familiar to the audience. The audience knows what to expect when they sit down to watch a play (or read a book) and is happy when they get it.

First, let's get a basic understanding of the fundamental parts of all contracts. If you are already comfortable with how contracts work, you can skip to the part of the post that deals with customizing a contract for work with an audiobook narrator. 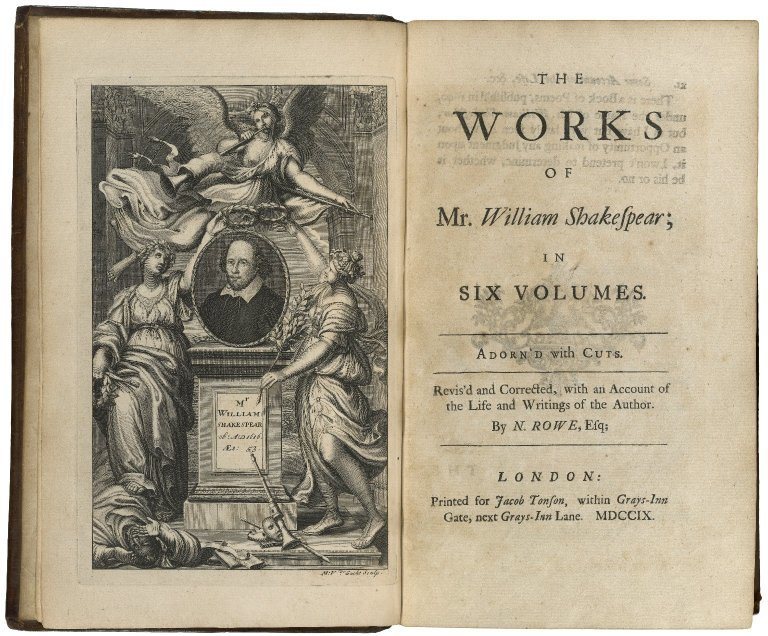 Image courtesy of the Folger Shakespeare Library. The Works of Mr. William Shakespeare, printed in 1709. [Click to enlarge.]

The structure outlined in this post is intended to describe the elements you need to include in your contracts in order to manage the expectations of who is going to do what and for how much. These foundational terms should be in writing and signed by both parties to be enforceable. [NOTE: This is not how contracts are taught in law school, by the way (offer, acceptance, consideration, etc.), but that is not why you visit the Creative Law Center.]

The parties are the "Who" of the deal. It takes two to contract. Each party makes a promise to the other.  Each holds an obligation from the other. Each gets a benefit when the promises are fulfilled and the obligations met.

2. The Services or Goods

The services or goods are the "What" of the deal. This is where the object of the arrangement is described. Here, a service provider identifies the service or a seller lists the goods being sold. The more detail, the better the parties' expectations are managed.  If you expect to get something specific from the person you are paying to do the work, this is where that information belongs.

The payment is the "How Much" of the deal. Price and how it is to be paid belong in this section of the contract. This is a critical term. If there is no price term, there may not be an enforceable contract. For instance, this paragraph could specify cash, check, or money order but more likely PayPal, Venmo, or credit card. This is also where you insert partial payment terms like half now and half on delivery. Whatever it is that has been agreed to on price and payment must go into the written document.

The three-part contract is bare bones, no doubt, but if those three elements are present, the deal is enforceable if signed by both parties.

Certain "hand shake" agreements can also be enforced, but I don't recommend them. That's when you get into . . .

Remember that you're trying to build a business from your creative work. Be thoughtful about what you do when you buy goods or services from someone. That's not to say that there isn't an element of trust in all contractual relationships. There is. Contracts help you make and get commitments and manage expectations.

The schedule is the "When" of the deal. The schedule can be incorporated into the payment provision. Many times, however, the subject of the contract is complex and certain things need to happen before one party can fulfill their obligations under the contract. For instance, a website builder may need a client's graphic assets before finishing the site. Or a graphic designer needs a client to approve a color palette before design assets can be created. In development contracts like those, a schedule that everyone can live with should be included.

The termination is the "End" of the deal. When services are performed or goods delivered on schedule and payment is made, the contract is over. But if one party fails to deliver or fails to make a payment, you may need to get out of the deal. That's where termination provisions come in. This is where you say what happens if all does not go well.

There are many other provisions that can go into a contract:

Each is important and each has their place depending on the circumstances. The greater the value of the contract, the more critical it is to consider including these additional protective provisions. The key is recognizing what you need in an agreement to get the job done.

How to Customize a Contract for Audiobook Narration and Production Services

Let's take a look at how basic contract terms are fleshed out in a contract with an audiobook narrator.

There are three parts to the services included in an audiobook narration and production contract: there's the production piece, the deliverables, and the rights transfer.

One of the main reasons an author hires a narrator is so that they never need to bother with the production aspects of the project. Even so, an author should understand the process. A good contract will call for performance consistent with industry standards for professional audiobook narration. 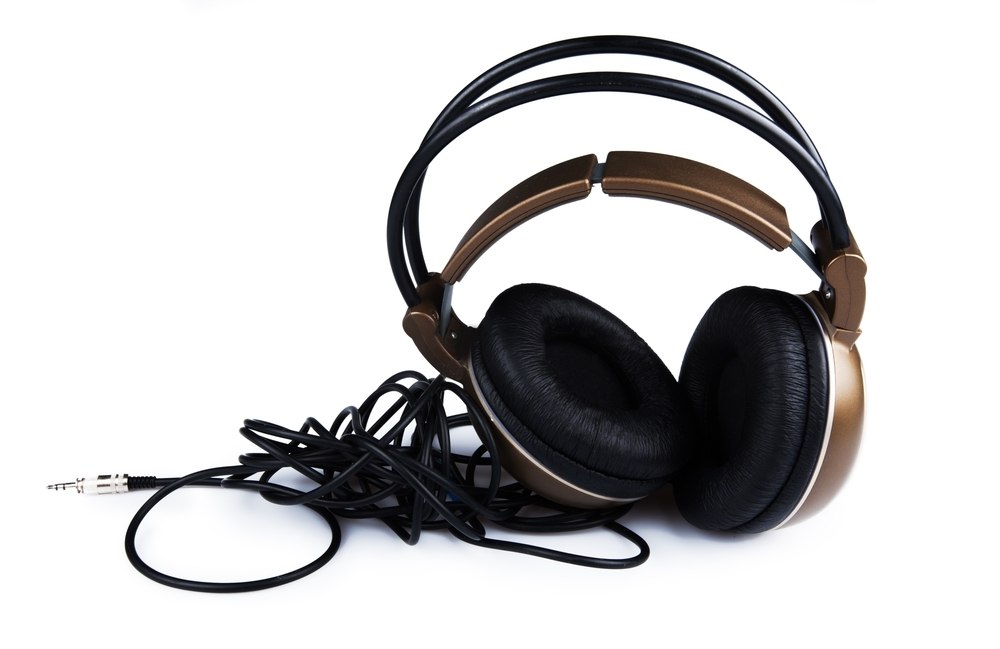 As pointed out at the top of this post, an audiobook is a sound recording which comes with two separate sets of copyrights. The third piece of the services section of the contract needs to ensure that ownership of all of those rights belongs to the author. In this basic form of contract, "work for hire" language should be included in this section. The contract must state specifically that the performance and the audio files are works for hire.

A critical concept in determining who owns a creative work is the concept of a work made for hire. A work for hire is the exception to the idea that a creator owns the copyright in a work the moment it is created. A work for hire is a work that is created by someone as part of their job as an employee, or as part of a commission agreement in writing made by someone who is not an employee.

In addition to work for hire language, the services portion of the contract must include language that assigns ownership of the performance and the audio files to the author. If the narrator hired an engineer to help with the production, work for hire and assignment language must be in that contract, too.

The most common formula for paying an audiobook narrator is per finished hour or PFH -- an hourly rate multiplied by the number of hours in the finished audiobook. Payment is made when the audiobook is completed and approved. The files are delivered after payment.

Another pricing option is a royalty share deal. Royalty share is exactly what is sounds like, the author shares the royalties received on sales of the audiobook and doesn't have to pay the narrator up front. These deals are not as common as PFH deals because narrators don't want the risk that comes with marketing and sales.

Hybrid deals combine a PFH rate with a percentage of royalties.

Adding a schedule for services is a useful section in a contract for an audiobook narrator. Although the schedule can be included in the services provision, the author has obligations that are time sensitive in the production schedule. An author must:

Detailing the back and forth of the working arrangement between the narrator and the author is often worthy of its own section in the contract.

Sometimes a project needs to be ended before it is complete. It's a good idea to set out the reasons for termination at the beginning of a relationship. Think of it as a pre-nup, it's best signed when everybody has positive feelings about everybody else. That's when you're most likely to treat the other party objectively if events turn sour.

The most common termination provisions are those in which one party can terminate the contract with notice when there has been a breach of the agreement by the other party. If there is a termination of an audiobook narration agreement, it needs to be clear that author owns the rights in the performance and the audio files regardless of termination. That prevents the narrator for using them, even if they are never delivered.

Audiobooks are the fastest growing way for an author to create new revenue streams with existing books. Hiring an audiobook narrator and producer is a natural extension of your self-publishing business or writing career. Understanding what goes into the relationship and the contract is key to moving forward successfully in this fast growing market.

Kathryn Goldman helps artists, writers, and other creative professionals make a living from their art by teaching them how to protect their work and enforce their rights. She is an attorney who writes these posts to help you be more thoughtful about intellectual property and the law when you write your stories, create your art, and build your business.

How to Hire an Audiobook Narrator

Museums that Give Away Open Access Images of Public Domain Work

Start a Business: Who, What, Where, When, How, and Why

How To Register a Trademark: Clearance Searches

What is in the Public Domain?

Start a Business: Who, What, Where, When, How, and Why
Who Owns Copyright? My Company or Me?
Creative Entrepreneur: Running a [Jailhouse] Business
Model Releases: Who Needs Them and When are They Needed?

This free report shows you four basic steps for:

When you request this report, you will be added to the email list for the Creative Law Center. We will not share your email or spam you. This is our ​​​​​privacy policy. You may always unsubscribe.